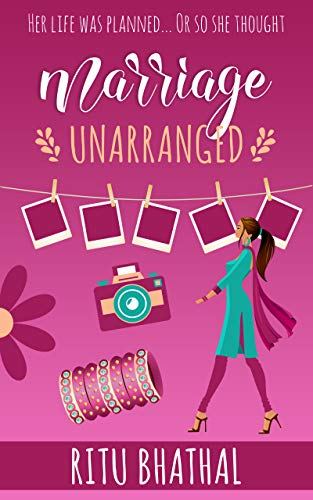 Blogging friend Ritu Bhathal, whom I had read previously as a poet (Poetic Ritual) and appreciated and enjoyed, has written a novel. Its characters are lovely Indian-British young people.  Aashi, the bride-to-be and her family: brothers Sunny and Bali, the perfect mom and pop, best friend Kiran are awaiting the nuptials of Aashi and Ravi, her fiancee.

As the story opens, Aashi arrives unexpectedly at Ravi’s apartment, catching him and his “other girlfriend” in the act. Devastated, Aashi refuses to give up her dream trip to India to prepare for the wedding, and instead embarks with both brothers and Kiran rather than waste the tickets. Their itinerary has just changed–not to plan a wedding but to cancel plans already made. The friends meet handsome Arjun on a train, and drag him along on the errands adding much hilarity and communications blunders.

The book is filled with travel, glamor, fashion and adventure as the five young people encounter the culture and people of India. The most spectacular scene occurs at the Golden Temple where the group explores and observes religious observances involving bathing in the beautiful pools and working in the temple kitchens, doing sewa. So many characters with so many motivations and differences could be confusing, but the author conveniently titles each chapter with a character’s name, then presents both that character’s point of view and his/her plot twists and character changes which makes it easy for the reader to follow the amazingly glamorous trips, photo shoots, and buying excursions as the young people make their way.

This is a read where the reader comes to really care about the characters and the outcomes of the plots and subplots. It all comes to a very satisfying conclusion which the author promises to flesh out in a sequel. I, for one, can hardly wait to read more.

PWR is a group of women who love to read and love books. It wants to share this love with any and all who will join them.
Loading Comments...
Comment
×